ACT NOW! 60 DAYS REMAINING TO PUSH FOR AN IMPACTFUL UN HLM ON TB

26 July 2018 | GENEVA - Only 60 days are left till the first-ever UN High-Level Meeting (HLM) on TB, which will bring together Heads of State and governments in New York on 26 September 2018. The Stop TB Partnership and the World Health Organization (WHO) are calling on all partners to unite in a final push to ensure the highest level participation from countries at the UN HLM, to ensure commitment, investment and action to urgently accelerate the global response to end TB. Now is the best opportunity to call on your Head of State to attend the UN HLM. The Stop TB Partnership and WHO have been working together to secure Heads of State to attend the UNHLM. WHO Director-General Dr Tedros Adhanom Ghebreyesus has sent personal letters encouraging the participation of all Heads of State and Governments of 194 WHO Member States and Ministers of Health of over 50 Member States who bear a high burden of TB. WHO regional and country offices are following up to ensure high level engagement. Further outreach to Heads of State is being done by the leadership of the Stop TB Partnership, the UN Special Envoy on TB, Dr. Eric Goosby, members of the Global TB Caucus, partners in Ghana, Norway, Germany, India - led by the Global Coalition of TB Activists , South Africa - led by TB Proof , and nearly 40 CSO partners in Bangladesh. Partners in over 20 other countries have also shared examples of their outreach to Heads of State ahead of the UN HLM. We are urging every single one of you to join our efforts: 1. 26 July marks 60 days to the UN HLM – we encourage you to join us as we amplify our call for Heads of State participation at the UN HLM, through August and September via Twitter and Facebook. What you can do: a) Use the suggested sample Tweet: “We urge [Name of Head of State/Government] to attend the #UNHLMTB to #EndTB on 26th September 2018 in #NewYork” b) Tag the Head of State in your country and use the TB data tiles for your country. Statistics indicate that tweets with images get more visibility. We have created a list of Heads of State twitter handles and country TB data tiles for you. Access the Twitter handles of the priority Heads of State here and the TB Data tiles here. c) Amplify the Tweets and Facebook posts in YOUR COUNTRY and tag your local media and key opinion leaders. The success of this campaign will depend on our collective efforts and active participation. d) Write to your political leaders, tag them on social media and sign petitions to focus attention on the UN HLM and efforts to end TB. You can use already existing templates available on stoptb.org/UNHLMonTB. 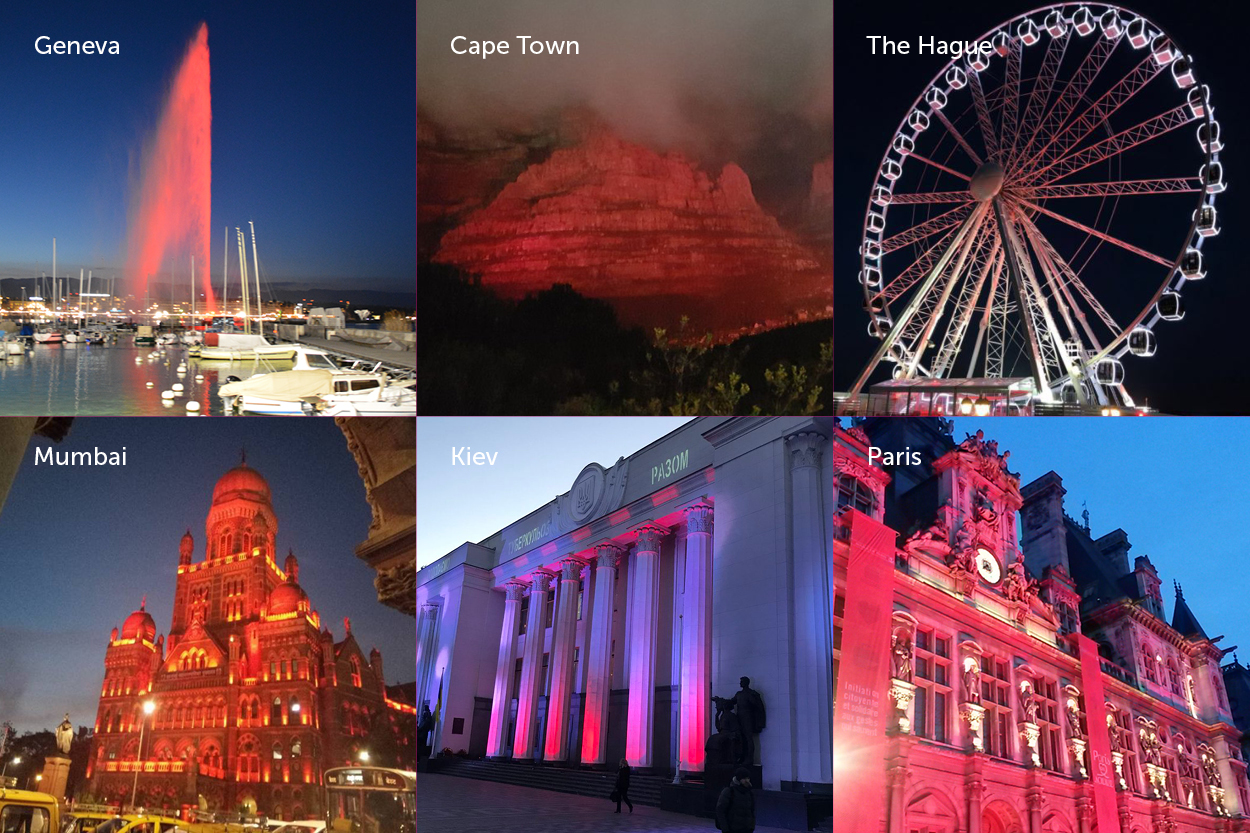 2.  LightUpforTB: The global LifghtUpforTB initiative was an immense success on World TB Day this year, with 60 landmarks – across 49 cities – in 24 countries glowing red on 24 March. The success of this initiative helped amplify awareness about TB as the world’s number one infectious killer. On September 26, the day of the UN HLM on TB, we are counting on your efforts to LightUpforTB in red the landmarks in your cities and countries to mark this historic moment.  What you can do: a) Write to your local representative (councilor, mayor, etc.) and urge them to join this unique global campaign. Use the template letter which you can adapt as per your needs. Feel free to reach out to Stop TB partnership (communications@stoptb.org) and WHO gtbprogramme@who.int in case you need help. b) Tell us about your activities (via photos and selfies) by using the #LightUpforTB and we will pin these on our UN HLM on TB world map. We look forward to your support. Together we can End TB. For more information on the UNHLM please access: stoptb.org/UNHLMonTB WHO/UNHLMonTB President of the General Assembly