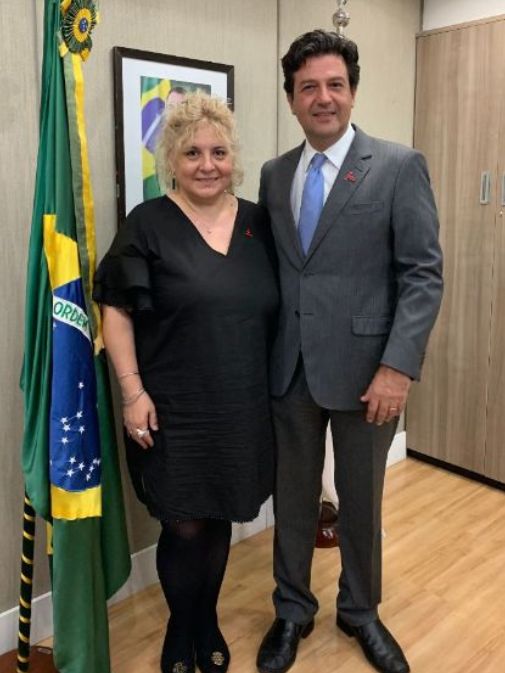 Dr. Mandetta holds a degree in Medicine and has a solid academic background as a medical doctor with an extensive understanding of neglected diseases. He also has broad experience in public health management at different levels of the Brazilian National Health System. As a former Secretary of Health of Campo Grande municipality, he was able to implement an effective and efficient program on prevention and control of infectious diseases. Throughout his career, he has engaged with the TB Community, TB Caucus and, as a former federal Congressman, he supported initiatives in social development.

Minister Mandetta takes over the Chairmanship after a successful six-year tenure by Dr. Aaron Motsoaledi, Minister of Home Affairs, South Africa (former Minister of Health), under whom the Stop TB Partnership strengthened its identity, engagement and visibility. His work was pivotal for the TB community to regain an essential place in the global health landscape.

“Stop TB has a long track history of fighting tuberculosis,” said H.E. Dr. Luiz Henrique Mandetta, Minister of Health of Brazil. “For almost two decades, it has been leading and shaping the global political debate on TB and gaining public attention through the voices of its TB Communities and Champions. Listening to these voices, and amplifying them, are already the brand and legacy of our South African colleague, Minister Aaron Motsoaledi.”

"We have an outstanding opportunity ahead of us: to implement last year’s Political Declaration of the UN General Assembly High-Level Meeting on the Fight Against TB. It is a great honour to pave the way on behalf of the Board and the Stop TB Partnership membership who believe that Brazil and I have a role to play in the global fight against TB. During my mandate, I want to invite our members to embrace this cause through fostering universal health access and innovative approaches to treat, cure and end TB, towards reaching the UNHLM TB targets and ending TB by 2030,” he concluded.

“The tremendous leadership of our outgoing Chair, Minister Motsoaledi, helped make sure the world set bold targets and charted a new path forward against TB. As we welcome Minister Mandetta into his important new role as Chair, the job before us all is to deliver on the promises made at the High-Level Meeting on TB at the UN General Assembly in New York last year. Working together on the Stop TB Board, we’re committed to reaching the end of TB,” said Dr. Joanne Carter, Vice-Chair of the Stop TB Partnership Board.

“I am incredibly grateful to H.E. Minister Motsoaledi for his leadership over the last six years, and I am so,” said Dr. Lucica Ditiu, Executive Director, Stop TB Partnership. “We have a great TB momentum now, and we will certainly capitalize on it because the world needs to end TB by 2030!”

The Stop TB Partnership’s 32nd Board Meeting will be held in December 2019 in Jakarta, Indonesia.

Read more about the Stop TB Partnership Board