3 July 2019 I Geneva, Switzerland – The Stop TB Partnership and the International Association of Providers of AIDS Care (IAPAC) are pleased to announce the signing of a Memorandum of Understanding (MOU) that will further focus their respective efforts on ending tuberculosis (TB) in large affected urban areas.

Fast-Track Cities initiative is a global collaboration with cities and municipalities to get to zero new HIV infections and zero AIDS-related deaths within a comprehensive strategy that allows all people to access quality life-saving and enhancing prevention, treatment, care, and support services for HIV, TB, and viral hepatitis. The Zero TB Cities initiative was launched in 2016 to support cities, districts, and islands that are committed to achieving a rapid reduction in the number of people suffering from TB.

“Joining forces with IAPAC strengthens further our commitment towards ensuring that all people affected by TB and by HIV are reached with quality assured health services towards UHC. By 2030, around 60% of the world population will live in urban areas, so, if we want to make an impact in people’s lives, we must ensure we work with and for people who live in overpopulated urban communities and townships with fragile infrastructures and limited medical support. This is a unique opportunity to strengthen both initiatives – Zero TB Cities and Fast-Track Cities – and to reach, at the same time, people affected by TB and people living with HIV and other diseases,” said Dr. Lucica Ditiu, Executive Director of the Stop TB Partnership. 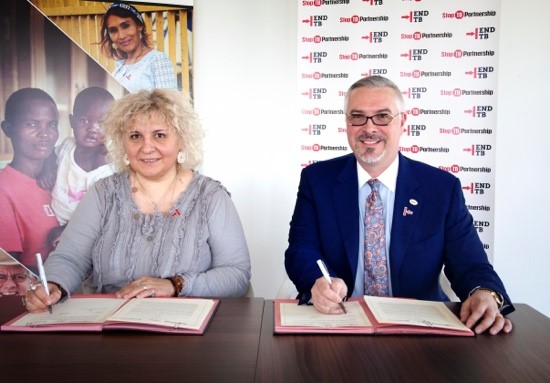 The Stop TB Partnership carries TB experience and expertise from over 2,000 global partners, including TB survivors and affected communities, health workers, global leaders, the private sector, national and international NGO’s, and other organizations. And, with more than 30,000 members, IAPAC is the largest association of clinicians and allied health professionals working to end AIDS. This MOU will add strength in numbers to the fight against TB and HIV.

“This strategic alliance with the Stop TB Partnership unites the work of the Fast-Track Cities and Zero TB Cities initiatives in a cohesive approach to defeat TB in urban settings, where there is a frequent confluence of risk factors, including poor housing, overcrowding, migration, incarceration, and co-infection with HIV,” said IAPAC President/CEO Dr. José M. Zuniga. “Our mutual efforts to maximize prevention and improve treatment outcomes are focused on the global goal of reaching zero deaths related to TB.”

About the ZERO TB CITIES and FAST-TRACK CITIES Initiatives: