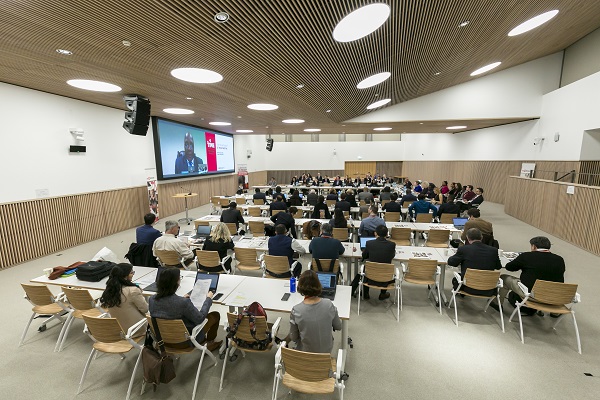 The Stop TB Board has the responsibility of building awareness about the TB situation at the highest political level, identifying critical barriers to achieving the United Nations High-Level Meeting (UNHLM) on TB and Sustainable Development Goals (SDGs) targets, and facilitating consensus and alignment on strategy and policy making. It also oversees the effective implementation of the Stop TB Partnership’s Operational Strategy and the five year Global Plan to End TB.

Ambassador Seydoux will be representing the Government of France on the Board of the Stop TB Partnership. A former diplomat, Stéphanie Seydoux has extensive experience in international development and social and welfare policies. Before her appointment as Ambassador for Global Health, Ms. Seydoux acted as Head of the French Department for Women’s rights and Gender Equality. A long-serving French civil servant, she was previously involved in other areas of equality policies as head of the Departement for Equality promotion of the French Equality commission and Deputy Head of the French Inspectorate General for Social Affairs.

The Stop TB Partnership’s 32nd Board Meeting will be held in December 2019 in Jakarta, Indonesia.