There is an urgent need for world leaders, heads of states and governments, ministers of health and finance and entire community at large to take note of the huge level of effort required by each TB programme if we want to reach the Global Plan to end TB targets and, further, if we want to End TB.

This is clearly outlined in the first 90-(90)-90 progress report of the Global Plan to End TB 2016 - 2020 which establishes the baseline versus each all work and achievements will be measured to ensure optimal coverage along the pathway of the cascade of care for TB treatment needed in order to move towards ending TB. It emphasizes how TB continues to exist as an epidemic, resulting in a social, economic and humanitarian crisis that needs to be addressed. The report was launched on the margins of the 48th Union World Conference on Lung Health, in October 2017 in Guadalajara, Mexico.

Reaching 90% of people affected by TB

There remains a huge gap between the estimated number of people who become ill with TB and drug-resistant TB (DR-TB) and the number of people who are diagnosed, put on treatment and notified. None of the high TB or DR-TB burden countries have achieved 90% treatment coverage for first-line or second-line TB treatment. At a time when the world is uniting to combat antimicrobial resistance (AMR), nearly 4 out of 5 people with DR-TB remain undiagnosed, and 9 out of 10 people are not being treated successfully. And, despite TB being one of the major causes of mortality among women worldwide, only 56% of women developing TB in 2015 were diagnosed and put on treatment. Using the 90-(90)-90 targets to assess the global cascade of care shows that for people with TB the biggest gap is in diagnosis and putting them on treatment, while for people with DR-TB the greatest gaps are in both diagnosis and successful treatment completion.

The report also show states that there is no laboratory data available on the number of people tested for TB at the global level, and in many countries this information is not captured at the national level. Without data on numbers screened, tested and diagnosed, it is not possible to adequately address the gaps along the pathway of care related to diagnosis and initiation of treatment.

The report found that TB data on key populations is limited, and lacking a standardized approach to collection, collation, analysis and programmatic use across countries. At the global level, national TB data is routinely reported for only one key population group - people living with HIV (PLHIV). In 2015, only 33% of the estimated 1.2 million people who developed TB and were co-infected with HIV were started on both TB treatment and antiretroviral therapy (ARV). At the regional level, data is available for prison inmates in the European and Central Asian region, and for mining-affected communities in the Southern African region. At the national level, data on key population groups are variable and lack uniformity of approach.

The 90-(90)-90 targets are the first step to holding people accountable. These measures will help direct the effort and investment necessary to save lives for people living with TB," said Ambassador Eric Goosby, United Nations Special Envoy for TB. 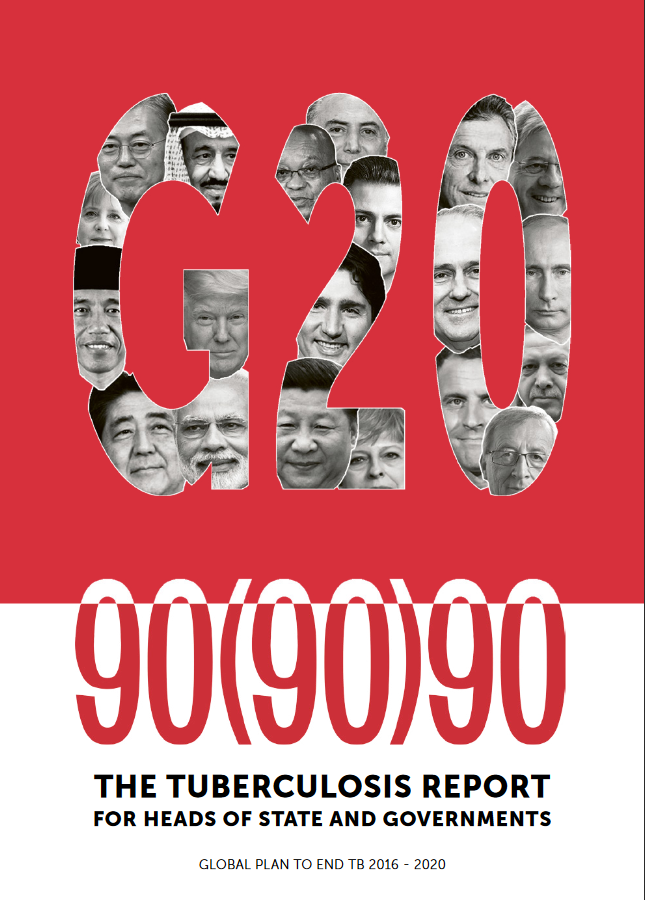