08 March 2021, Geneva, Switzerland - Today, on International Women’s Day, the Stop TB Partnership marks the vital role that women in all their diversity play in the global fight to end tuberculosis (TB) and in the overall global health arena. Together with partners and stakeholders, the Stop TB Partnership supported the launch of the TB Women network and their 2021-2025 strategic plan and also launched a new position paper by Stop TB Partnership's TB REACH on 'Gender and TB'.

We celebrate today women in leadership. Women who take the lead to make their families, neighborhoods, communities, and countries healthier and happier. At the Stop TB Partnership, we work throughout the year to ensure that women, gender equality, and empowerment are at the heart of the TB response, our work, and our organization.

To mark the day, and celebrate this work, the Stop TB Partnership hosted an online event to draw attention to these aspects and the need for the international community to deliver on the United Nations High-Level Meeting (UNHLM) on TB commitments and respond to the Deadly Divide Call to Action pertaining to gender. The event focused on the crucial leadership role that women play in the fight to end TB at grassroots, national, and global levels.

“It is time that we take action on the commitments the international community has made. We must raise our voices and call on global leaders to make sure that concrete steps are implemented to ensure a gender-sensitive TB response, empowering women and supporting them fairly,” said Dr. Lucica Ditiu, Executive Director of the Stop TB Partnership. "We all know what we have to do, so let us press ahead and make it happen. From the Stop TB Partnership and myself, I want to urge all my sisters in the world that together, we can change the world for the better, turning our dreams into reality. Let us unite and let us reach our dreams – one by one.” 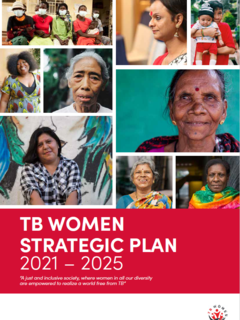 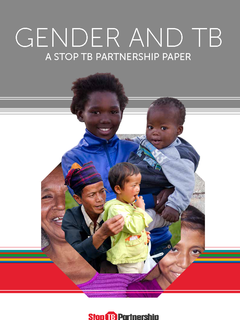 Stop TB Partnership supported the launch of TB Women, a global TB network of women, and its Strategic Plan for 2021-2025 as part of a continuous effort to support and strengthen national, regional, and global networks of people affected by TB. The network is driven by women affected by TB who aim to build strong partnerships with journalists, technical partners, parliamentarians and innovators.

The vision of TB Women is a just and inclusive society, where women in all their diversity are empowered to realize a world free from TB. The creation of this network is more important than ever. In the wake of the COVID-19 pandemic, inequalities and marginalization have been heightened, with program resources stretched and their reach restricted. According to their strategic plan, TB Women’s mission is to build a coordinated movement for a gender-transformative TB response through women’s mobilization, empowerment, policy advocacy, innovation, evidence building, and knowledge sharing to end the epidemic. Guided by human rights and social justice principles, the Stop TB Partnership has supported TB Women in developing the plan, which includes four strategic objectives, and outlines the need for a renewed focus on gender in all aspects of the TB response.

“TB Women is critical as a movement that establishes gender at the center of the TB response. It is crucial at this stage of the pandemic to ensure we reach everyone with TB programs, particularly women, children and gender diverse people, as we strive towards UHC 2030 Goals and UNHLM TB targets,” said Thokozile Nkhoma, TB Women Steering Committee Member and Stop TB Partnership Board Member representing Affected Communities. 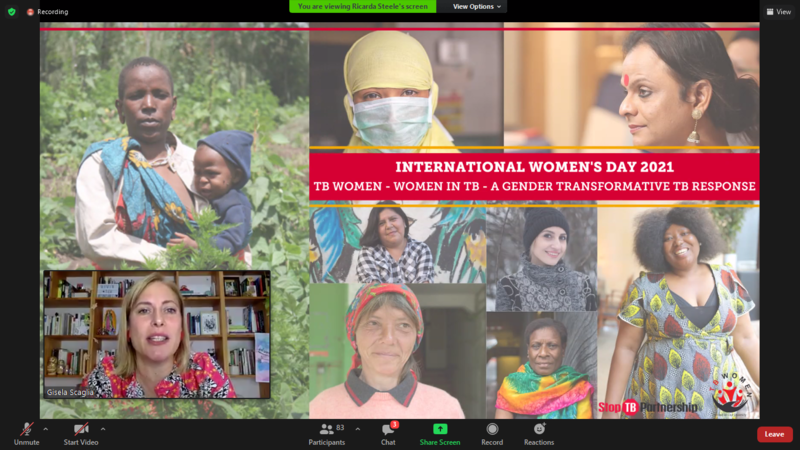 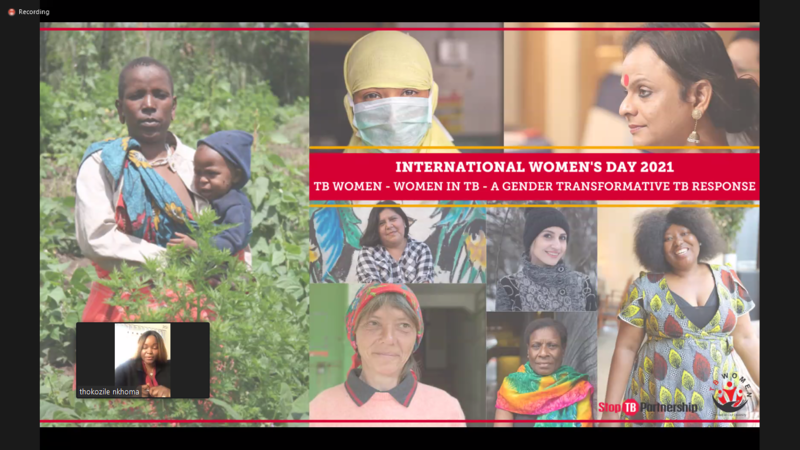 Gender and TB: A Stop TB Partnership paper driven by the work of TB REACH grantees

The Stop TB Partnership also announced today the publication of ‘Gender and TB: A Stop TB Partnership Paper.’ This paper argues that a gender-transformative TB response must find a balance between assessing and addressing epidemiological gender differences and broader economic, social, and cultural gender differences. It notes that gender-blind TB programming can result in the reinforcement and perpetuation of harmful societal gender norms which can, in turn, undermine health for all. All people – men, boys, women, girls, and gender minorities – should be provided with TB care and support services that are available, accessible, acceptable, and of high quality, free from discrimination and stigma.

The position paper draws on the work of TB REACH Wave 7 Women’s Empowerment grantees (supported by Global Affairs Canada), the findings of the Community Rights and Genders assessments (supported by USAID and the Global Fund), and published literature on TB and gender to:

The Stop TB Partnership’s External Affairs and Strategic Initiatives team actively champions women innovators, including start-up funders, software founders, and engineers, and many others from TB-affected countries. It does this through its Re-imagining TB Care Initiative and Accelerator for Impact platform, bringing together innovators who develop digital health technologies in an effort to transform and improve how care is provided and accessed, particularly in TB-affected countries.

“As an innovator, it is easy to lose track of the problem you are solving and get caught up in the excitement of the innovation itself. To be successful, we had to let go of the coolness of our AI, our own design ideas, just to listen to the users, their stories of what was working, and what it would take to solve the problem,” said Jo Aggarwal, Innovator and Creator of Wysa, an artificial intelligence (AI) platform that provides anonymous, accessible self-care support through AI-guided therapeutic conversations.

Gender inequality and systemic discrimination against women, girls, and gender diverse people is an international issue, which manifests in every aspect of life. In TB, this includes, among other challenges, expectations of free, volunteer labor from community health workers, exclusion of women from technical and leadership roles, insufficient protections for lower-tier workers who tend to be women, lack of appropriate diagnostic processes and procedures, pervasive stigma against gender diverse people, and exclusion of gender diverse people from data collection and analysis processes.