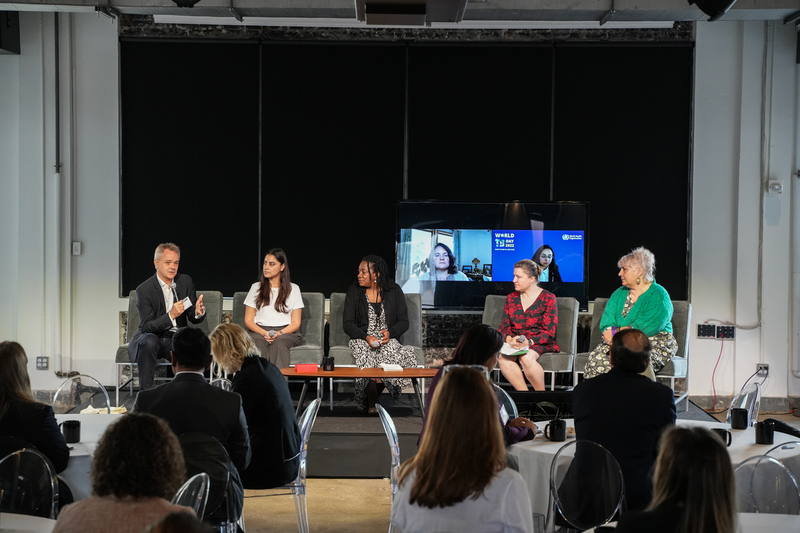 Stop TB in cooperation with media organization Devex organized a high-level visibility event on tuberculosis (TB) dubbed “Talking TB: The road to 2030.” The hybrid event which took place in New York on 22 September on the sidelines of the United Nations General Assembly (UNGA) included two Ministers of Health (MoH) from Ethiopia and South Africa, TB Survivors, leadership of TB efforts from USAID, WHO, Wellcome Trust, Civil Society and TB communities. The live discussion focused on the need to accelerate progress towards ending TB by 2030, including how to successfully implement Stop TB Partnership’s Global Plan to End TB 2023-2030, a blueprint for action and a costed plan prioritizing a people-centered and rights-based approach to end TB, the need for a TB vaccine by 2025 and other issues related to the global TB response.

To watch the recorded debate, click on this link.

From 19-22 September, Dr. Lucica Ditiu, Executive Director of the Stop TB Partnership and Dr. Suvanand Sahu, the Stop TB Deputy Director attended several high-level meetings in New York which were held in the margins of the United Nations General Assembly (UNGA 77). They sat down with key partners and stakeholders from civil society, private sector businesses, UN agencies, Members of Parliament and Ministers of Health (MoH) to discuss the United Nations High Level Meeting (UNHLM) 2018 targets and how to reach the December 2022 deadline, the recently released Global Plan 2023-2030, the urgent need for increased investments, especially domestic investments are crucial to the global fight against TB, including the preparations needed ahead of next year’s UNHLM 2023. 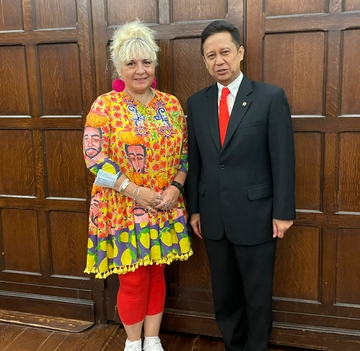 At a bilateral meeting with Hon Budi G. Sadikin, Minister of Health from Indonesia, the Minister shared the plans for accelerated efforts towards ending TB in his country and shared the plans for Indonesia to co-facilitate the next UNHLM 2023 event. The Stop TB Partnership leadership congratulated the Minister for Indonesia’s leadership on G20 and placing TB high on G20 agenda. They also applauded the Minister and his team for their plans and continued support to scaling up TB testing and early diagnosis to find more than 90% of TB in the country. 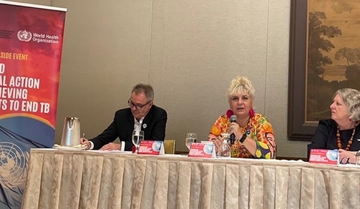 During a UNGA side event panel debate entitled “Progress and multisectoral action towards achieving global targets to end TB,” Hon. Minister Budi of Indonesia challenged the status quo on TB by asking the audience “why can we not test and find 800.000 cases of TB in Indonesia each year, if we were able to test 64 million people and find 6.4 million COVID-19. Watch the event here 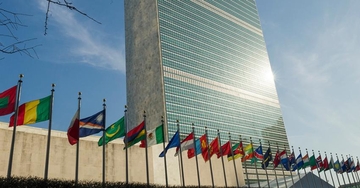 At the Global Fund 7th Replenishment conference held on 21 September in New York, global partners pledged a record high amount of approximately US$14.2  billion to combat TB, HIV and Malaria by 2030, with UK and Italy expected to pledge at a later date. Four years ago today we were celebrating the outcomes of the meeting with optimism and hope that the Political Declaration endorsed by world leaders would be a game changer in the fight against TB, led by the promise to double funding for TB care, prevention and R&D to $15 billion a year. With one year until the next UN High-Level Meeting on TB expected to take place in September 2023, this is an important moment to reflect on progress. Read the full statement here 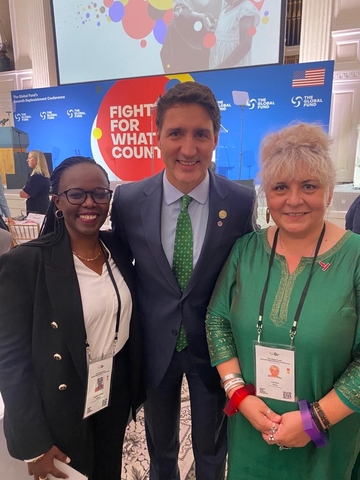 Dr. Lucica Ditiu, Executive Director of the Stop TB Partnership attended the Global Fund 7th Replenishment event in New York, where she had the opportunity to directly engage with global health and political leaders and discuss the ongoing efforts to end TB, HIV and Malaria. Dr. Ditiu met briefly with Justin Trudeau, Prime Minister of Canada and personally thanked him for his country’s pledge to increase their support to the Global Fund by 30%. They also discussed Canada’s continued support of the Stop TB Partnership.