Thank you to all our champions, partners, colleagues, and friends for making this year’s campaign a resounding, worldwide success

13 April 2022 I Geneva, Switzerland -- World TB Day 2022 was the biggest success to date! This year’s campaign highlighting the urgent need to increase funding for the fight against tuberculosis (TB) reached more than one billion people globally, ten times more than last year’s campaign. Online and social media played a significant role in this TB awareness-raising effort.

As every year, working in close collaboration with a broad spectrum of country and global partners and stakeholders, particularly the TB affected people and communities, the Stop TB Partnership developed the central theme of the campaign -  #InvestToEndTB - calling for a crucial and substantial increase in funding to end the disease by 2030. Coupled with perennial underfunding, for the global TB response, the COVID-19 pandemic has severely disrupted the fight against TB, diverting precious medical, human, and financial resources away from providing lifesaving services such as access to diagnosis, treatment, and care to people suffering from TB.

This World TB Day, TB survivors and affected people and communities, TB champions and real-life country and global heroes, Heads of State, Ministers of Health, and countless partners and stakeholders voiced their strong support for the fight against TB, bringing much-needed attention to this deadly disease.

“We simply cannot continue to stand on the sidelines and watch while people around the world fall ill and die from a preventable and treatable disease,” said Dr. Lucica Ditiu, Executive Director of the Stop TB Partnership. “We also cannot continue to accept what we had to accept for too many years—every year having less than 40% of the funding needed for the TB response. We will not be quiet anymore and this campaign is the beginning of united efforts to increase financial resources for TB.”

Landmarks in 44 cities were lit up in red as countries around the world showed their support to the fight to end TB, including Azerbaijan, Australia, Canada, China, Kazakhstan, Romania, the USA, Zimbabwe, and many more. 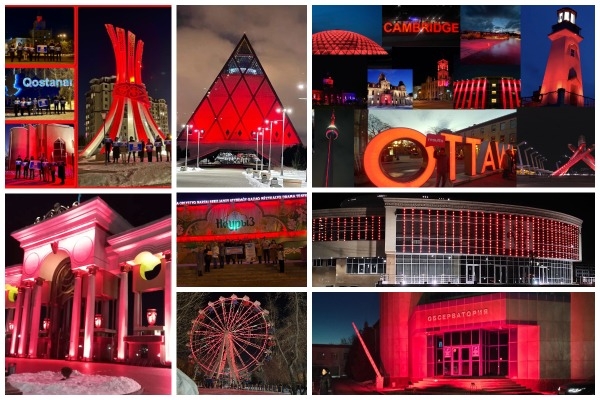 TB in children was spotlighted in a video interview that USAID Administrator Samantha Power, gave to the children's icon Hello Kitty. The video, published on 24 March, has been seen more than 22,000 times to date.

You can find details about all these events and much more on @StopTB social media channels.

Celebrities around the world supported World TB Day with dedicated social media posts and messages. These included musicians, artists and influencers like Bebe Cool, artist B-Flow, Mico the Best, Scherzade Shroff and Gerry Elsdon, among others. 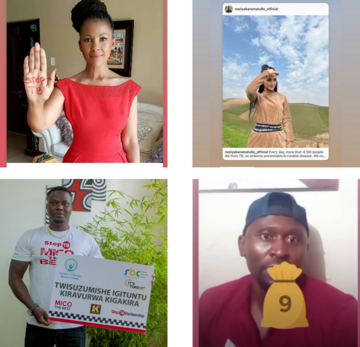 The Stop TB Partnership’s video about TB has been seen 269,000 times since 23 March on @StopTB social media channels. Watch it now!

Additionally, an impressive selection of campaign highlights is plotted on the World TB Day map. Check out also our Wall of Fame, with more than 12,200 selected posts.

The Stop TB Partnership wishes to send an enormous THANK YOU to all our champions, partners, colleagues, and friends who worked hard to make the World TB Day 2022 campaign a resounding, worldwide success!