To support the development of novel tests for predicting the risk of progression from latent infection to active disease, a guidance document was required to set a standard to inform test manufacturers, researchers and research funders regarding the three following areas:

In May 2015, an Expert workshop convened in Geneva by the NDWG and FIND, and hosted by the WHO, was geared to developing best practices regarding performance and cost-effectiveness studies of tests targeting LTBI. As a result of the consultation, two objectives were established:

i) develop a TPP to provide a framework for test development; and

ii) plan for a guidance document outlining the design of studies that should be conducted to generate the evidence required for test endorsement by WHO.

To support progression and finalization of these two documents, the NDWG established a Task Force on LTBI, which convened a second Expert workshop in Milan in July 2016. Its objectives were to gather expert advice and reach agreement on new definitions of LTBI and the conceptualization of relevant diagnostics; an advanced draft of the TPP for a test of progression of LTBI; and a draft of the guidance document for an optimized study design.

On 8 February 2017 the WHO convened on behalf of the NDWG a third meeting to reach final consensus on the two documents in a face-to-face stakeholder consultation. Meeting participants were selected to ensure a broad representation of all stakeholders, and beneficiaries, including representatives of the NDWG LTBI Task Force and the WHO, as well as experts from high and low TB burden countries, funding agencies, test developers, patient groups, scientific associations, industry, education, and the non-profit sector. The methodology to reach the overarching goal of achieving final consensus in the face-to-face stakeholder meeting incorporated guided discussions on available draft documents and on-line survey results.

To facilitate consensus building throughout the process, a Delphi-like methodology was adopted and involved two on-line surveys conducted by the NDWG prior to the face-to-face expert and stakeholder meetings in order to gather input from a broad group and inform follow-up activities.

The first on-line survey was conducted in May 2016 and targeted the TB community at large. Ten of the 31 items in the TPP for a test of progression were selected for evaluation by survey participants, based on their scientific and implementation relevance. Participants in the survey included representatives of academia, multilateral and international agencies, NGOs, civil society and patient groups, endemic countries, and test developers, in addition to about 400 members of the NDWG.

A second survey was conducted in January 2017 and targeted more specifically participants in the consensus meeting of 8 February and results aimed at informing discussions in order to focus on points of disagreement. This second survey involved two parts and also covered the Framework for Evaluation for a test of progression.

On 23 May 2016, the NDWG LTBI Task Force launched an online consultation on the draft Target Product Profile (TPP) for a test of progression of LTBI. The online survey will enable to gather input from a large group of stakeholders representing researchers, endemic countries, governmental and non-governmental organizations, test developers and the patient community.

Participants will have the opportunity to evaluate the key performance and operational characteristics as defined in the TPP in order to build large consensus around this document, which will provide guidance to test developers as to the test requirements to meet the need of target populations. Results will be discussed by an expert group which will be convened by the NDWG Task Force on LTBI on July 1st 2016 in Milan, Italy, in order to finalize the TPP and submit the document to WHO for endorsement. 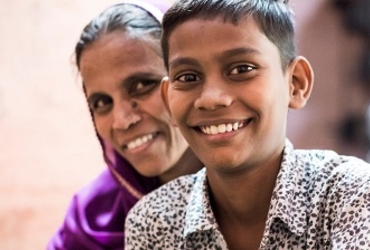 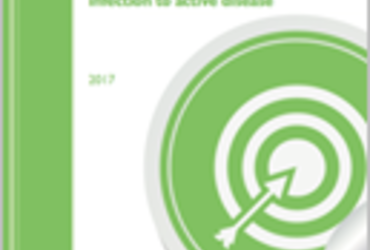 Consensus Meeting: Development of a Target Product Profile (TPP) and a framework for evaluation for a test for predicting progression from tuberculosis infection to active disease Report