The funds will ramp up support to civil society, communities, and grassroots organizations

GENEVA, SWITZERLAND (21 November 2020) - USD 7.5 million to support and bolster the fight against tuberculosis (TB) by civil society, community-based, and grassroots organizations for communities, rights and gender within the TB response through Challenge Facility for Civil Society (CFCS) was announced during the 33rd Stop TB Partnership Board meeting. This represents a historic three-fold budget increase since Round 9.

The 33rd Stop TB Partnership Board meeting took place virtually from 18-20 November 2020 and was attended by high-level officials from India, Kazakhstan, Mozambique, and Nigeria. Representatives of key partner and stakeholder organizations, including the Global Fund, the World Bank, the World Health Organization, and USAID, were also in attendance. 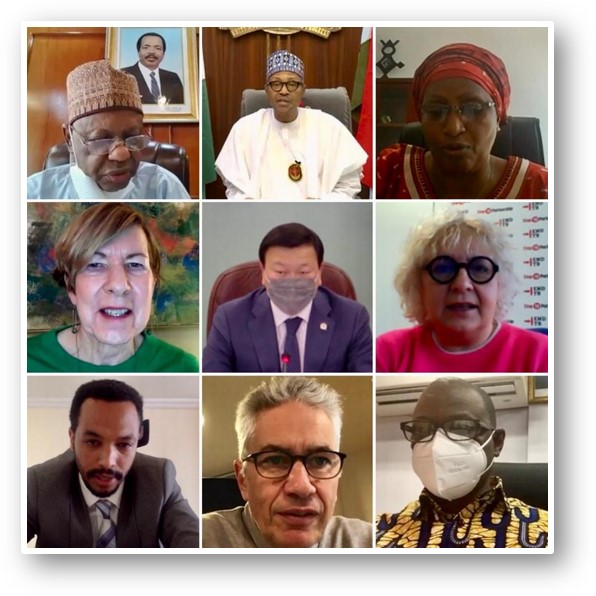 “I warmly welcome the generous financial support from USAID and the Global Fund, and would like to encourage other donors to provide additional funding for this unique grant mechanism,” said Dr. Lucica Ditiu, Executive Director of the Stop TB Partnership. “This unprecedented level of funding is particularly welcomed as the COVID-19 pandemic is severely affecting our grassroots partners in their efforts to address TB. Our partners in communities and civil society represent the voices of the millions of people we work to serve.”

Supported currently by USAID and the Global Fund to Fight AIDS, Tuberculosis, and Malaria, CFCS is the Stop TB Partnership grant mechanism for TB-affected community and civil society grassroots organizations. It supports national, regional, and global advocacy, as well as on-the-ground efforts to transform the TB response so that it protects human rights and promotes gender equality. In 2020, CFCS supported 31 organizations from 13 countries and six regions with grants ranging from USD 20,000 to USD 100,000, for a total of USD 2.5 million.

“The global movement of people affected by TB is going at a rapid rate. There are now three global networks and seven regional networks – including the most recent additions of TB Women and DRAF TB (francophone Africa). Since the UNHLM, 17 national TB CRG Assessments have been completed; 5 costed TB CRG Action Plans have been developed; we have finalized a tool to measure TB stigma, and 14 countries have implemented TB community-led monitoring. Despite these achievements, this movement is just beginning,” said Austin Obiefuna, Stop TB Partnership Board Member, representing Developing Country NGOs.

“The world committed to achieve ambitious targets by 2022 but achieving them would only be possible if our efforts are equitable, rights-based and gender-sensitive. Ignore this and be prepared for a long journey on flat tires,” said Timur Abdullaev, Stop TB Partnership Board Member, representing people affected by TB.

It was also announced that an additional two years of funding has been secured to support the three Stop TB Partnership Board Constituencies (Affected Communities, Developing Country NGO, Developed Country NGO) as part of efforts to ensure the meaningful participation of TB-affected communities and civil society in the Stop TB Partnership Board and other related engagements. 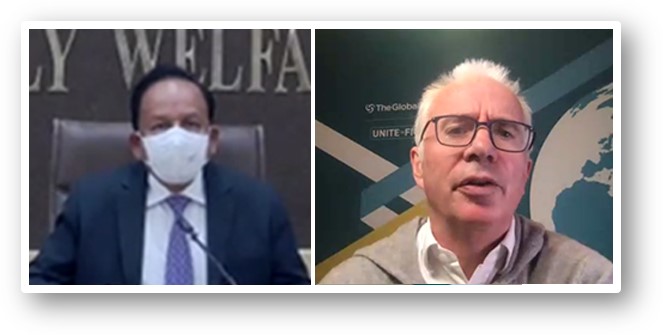 The critical work of TB-affected communities and civil society has led to the development of a significant report that measures progress in implementing the 2018 UN Political Declaration on TB. A Deadly Divide: TB Commitments vs. TB Realities, which will be released at the beginning of December 2020, signals an urgent need to step up the global TB response and calls for action in six key areas. With inputs from over 150 civil society and TB affected communities and featuring 25 case studies, this report is the first of its kind. It is a remarkable achievement in community-led accountability efforts.

With just two years until the 2022 deadline for meeting the targets, progress has been too slow and hampered by COVID-19. The upcoming report, which complements the progress report of the UN Secretary-General, provides the perspectives of the people who are most affected by TB on what must be done to speed and scale up efforts to reach the targets.

About the Challenge Facility for Civil Society (CFCS)

CFCS grants support community and civil society actors at national, regional, and global levels to implement key actions to achieve the targets and commitments made in the UN High-Level Meeting Declaration on TB. In recent years,  countries identified human rights and gender inequalities in the TB response through Community Rights and Gender (CRG) Assessments. CFCS grants cover a range of activities to address these inequalities for a rights-based people-centered, and gender transformative TB response. Activities include:

For more information on CFCS, please click here.
CRG tools that organizations use can be found here.